Richard Dixon is a senior principal analyst for MEMS research and author of more than 50 MEMS-related consulting and market research studies.

He is a world-renowned expert on automotive MEMS and magnetic sensors used in safety, powertrain and body applications. Along with supporting the overall activities of the MEMS and sensors group, his responsibilities include the development of databases that forecast the markets for more than 20 types of silicon-based sensors in more than 100 automotive applications.

In addition, he has supported organizations with future scenarios for sensors in cars and has supported many custom projects for companies in the automotive supply chain.

In his prior post at Wicht Technologie Consulting (WTC), Dixon was a senior MEMS analyst where he led research on physical sensors and was the co-author of the NEXUS Task Force Report for MEMS and Microsystems 2005-2009.

Dixon worked previously as a journalist in the compound semiconductor industry and has five years of experience as a technology transfer professional at RTI International, where he provided business and market intelligence for early stage technologies.

Dixon graduated from North Kent University with a degree in materials science and earned a doctorate from Surrey University in semiconductor characterization. He speaks English and German. 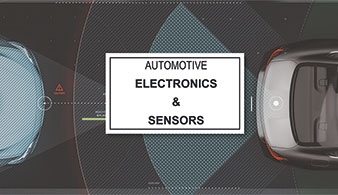