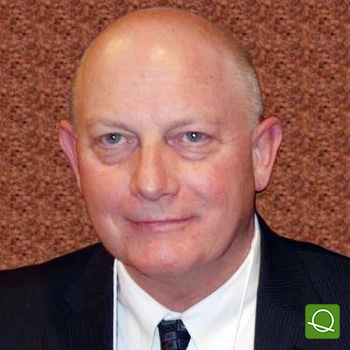 He was at Abbott Laboratories, North Chicago, IL in 2012 prior to the split of Abbott into two separate companies, Abbott and AbbVie on January 2, 2013. Greg was at Baxter Healthcare in Round Lake, IL from 2006 to 2012 as a Regulatory Toxicologist primarily working in the areas of risk assessment of E&L and extraneous matter. He received both his PhD and Master’s degrees from North Carolina State University, Raleigh, NC in Toxicology and Comparative Biomedical Sciences, respectively.

Greg received his Bachelor’s degree in Biology from the University of North Carolina, Chapel Hill, NC. From 2000 to 2006, Greg was a Manager-Study Direction at Covance Laboratories, Inc. in Vienna, VA. He was board-certified in general toxicology by the American Board of Toxicology (DABT) in 1999 and recertified in 2004, 2009. 2014 and 2019.

Greg was a Global Regulatory Toxicologist at Baxter International from 2006 to 2012. He was inducted as a Fellow into the Academy of Toxicological Sciences (ATS) in 2014 and as a Fellow in the Royal Society of Biology (FRSB)-UK in 2015. Greg became a European Registered Toxicologist (ERT) in 2015. He was on the board of directors of the Extractables and Leachables Information Safety Exchange (ELSIE) consortium since its inception in 2007 through April 2022 and served as Vice-Chair and Chair of ELSIE from 2014-2016.

Greg was also a member of the USP Toxicology Expert Committee from 2010 to 2015, former president of the Midwest Regional Society of Toxicology and the Medical Device and Combination Product Specialty Section. As of May 2022, Greg is an independent toxicology consultant (Greg Erexson Toxicology Consulting, LLC) specializing in numerous areas of toxicology. In particular, toxicology risk assessments of extraneous matter, extractables and leachables, derivation of permissible daily exposure values, combination and medical device products, occupational toxicology and genetic toxicology. Greg has authored over 90 peer-reviewed scientific publications and has over 44 years of experience in the field.